Link to the Patient Portal

As many know now and others are finding out one of the additions to our practice is the Patient Portal.  This feature allows our patients to check their lab results, request refills, ask questions concerning their treatment and receive messages back from Dr. Olsen or his staff, all through a secure portal interface. New patients can pre-register using this feature as well.

Here is a link to find the portal.  If you have not been enabled, please contact our office and ask us to do this for you.

If you are an existing patient of Dr. Olsen's and have not yet been Web-enabled (you do not yet have a Patient Portal login) please contact us to set you up.  Don't use the new patient registration feature as this will try to create a duplicate chart for you in our system.

Welcome to the Olsen Clinic

Dr. Mark Olsen, M.D. and his staff would like to welcome you to the Olsen Clinic.

Dr. Olsen specializes in bioidentical hormone replacement. With aging it is common for many hormone levels to naturally decline.

In women this is primarily estradiol and progesterone related to the menstrual cycle.  Declining levels can begin in the early to mid 30's leading to changes in mood, emotions and sleep patterns. As menopause approaches hot flashes often begin.  All of these symptoms can be safely treated with bioidentical hormone supplementation.

There continues to be a bias against hormone replacement among most physicians.  This is primarily based on the results of the Women's Health Initiative (WHI).  This was a large study done in the late 1990's and early 2000's one arm of which was evaluating the risks and benefits of menopausal hormone replacement. This arm of the study was stopped early because it became clear that the treatment group was showing an increased risk of heart disease, breast cancer and blood clots.  These results caused doctors and patients to drastically reduce the hormonal treatment of menopause.  This study used only Premarin for estrogen replacement and Provera for progesterone replacement.  Premarin is derived from horse urine and contains multiple estrogen like hormones that are not natural for humans.  Provera is synthetic progesterone which acts nothing like natural progesterone in the body.  It turns out that it was the Provera that caused all the negative findings mentioned above.

Before the WHI study and since, there are over 500 scientific studies done looking at risks and benefits of supplementation with natural estradiol, progesterone and testosterone that show many benefits with very little risk.

In men testosterone levels commonly begin dropping in the mid 30's but in some men this can occur in the late 20's.  Testosterone replacement is indicated to treat the symptoms of low testosterone which include low energy, lack of motivation, increased fat mass and decreased muscle mass, worsening sleep patterns and erectile dysfunction.

In women and men a decrease in thyroid function is also a common occurrence that increases with age.  The way doctors are taught to evaluate thyroid function is to rely only on the thyroid stimulating hormone (TSH) level to determine whether the thryroid gland is either underatctive or overactive.  It is my opinion that relying on this test alone misses a high percentage of those with an underactive thyroid, so treatment is not offered even though needed.  We are also taught that the only thyroid hormone that needs to be given to a person with underactive thyroid is levothyroxine (T4).  There are many studies done that show a combination of liothyronine (T3) and T4 give better symptom relief and better patient satisfaction with their treatment than those treated with T4 alone.

The Olsen Clinic can help you improve your health and quality of life through bio-identical hormone replacement therapy (HRT / BHRT), nutritional testing, thyroid testing and treatment and food allergy testing.

Olsen Clinic promotes optimal health by offering continuing general practice services to our existing patients and treatment for hormonal changes through bio-identical hormone replacement therapy. Learn about hormone therapy here.  Also, see what we have to offer in other areas of nutritional well-being.  To learn more, click here.

Dr. Olsen has been limiting his practice to concentrate on bio-identical hormone replacement therapy (HRT or BHRT), thyroid replacement and some nutritional and food allergy treatment on a consult basis.  Please note: while we are taking new patients for bio-identical hormone replacement therapy, thyroid treatment, nutritional testing and food allergy testing we are not taking new primary care patients at this time.

For Our New Patients 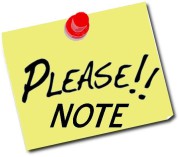 If you have been suffering from hot flushes, fatigue, weight gain, mood changes, hair loss, skin changes and other symptoms we welcome you as a new patient and are eager to start serving you. Dr. Olsen has been limiting his practice to concentrate on bio-identical hormone replacement therapy (HRT / BHRT), thyroid replacement and some nutritional and food allergy treatment on a consult basis.  Please note:while we are taking new patients for bio-identical hormone replacement therapy, thyroid treatment, nutritional testing and food allergy testing we are not taking new primary care patients at this time.  ﻿ ﻿

Click here for a map to help you find us.

NOTE: this fax number is only for the use of patients and medical staff from our or another medical facility.  This number may not be used for advertising or promotions.

The Patient Portal is a secure communication area for our patients to use to exchange information with us regarding their personal health records.  If you are a current patient with the Olsen Clinic, please follow the link below to access the Patient Portal.

If you are wishing to be a new patient with the Olsen Clinic for HRT / Thyroid you are welcome to join the Patient Portal and fill out the new patient information.  Then contact us to set up your first appointment.

Use our Patient Portal for secure communication regarding your records or treatment.

Please note: The Health Insurance Portability and Accountability Act (HIPAA) does not allow us to receive or transmit protected health information over non-secure email.  Please call our office to request medications or refills or to discuss any personal health related issues or use our Patient Portal.

For more information go to: